All State Soccer
Marcus Cronin ('15) and Dusty Loukota ('15) played for the North team in the recent Nebraska Shrine Soccer Classic. The south team won in a shootout. The Omaha World-Herald named Cronin and Sam Van Haute ('16) as Class B second team all-state selections. Jonathan Collins ('15), Loukota, Colin Lakeman ('18) and Andrew Ernst ('15) were honorable mention selections for the Knights. The Lincoln Journal Star placed Cronin on its Class B all-state team with Loukota and Van Haute tabbed as honorable mention selections. 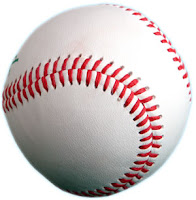 All State Golf
J.T. Hudson was named All Class B Golf

For Mohammad Elradi and the rest of the South boys squad, it was all about saving their best for last at the Metro Basketball Coaches Association’s annual Buell-Brosnihan Cage Classic.

Elkhorn Mount Michael’s Elradi scored 20 points and collected MVP honors as the South outscored the North 40-27 in the fourth quarter in cruising to a 119-105 win at Omaha Creighton Prep’s Heider Center.

Elradi credited his teammates for getting him the ball when he was open.

“We just came out to play,” he said. “I was hitting the shots I needed to hit and got us where we are,” Elradi said.