Athletic Year Wraps Up By Adding Another Banner to the Palace

The Mount Michael Golf team punctuated the closing of the 2015-2016 school year by winning the State Class B Golf Runner-up Trophy to add another banner to the palace.  The two-day competition was held at Pioneer Golf Course in Lincoln.  Three Knights were also individual medalists.  Sophomore Johnathan Hudson placed sixth while seniors JT Hudson and Luke Krajewski tied for eighth place.

The Mount Michael golf team posted great results at the recent district championship held at Tiburon Golf Course.  J. T. Hudson finished as the district champion with a score of 73 and Luke Krajewski was a 7th place medalist with an 80.

As a team they Knights were runner-up behind Elkhorn but ahead of Skutt who defeated them on the conference level last week by one stroke. 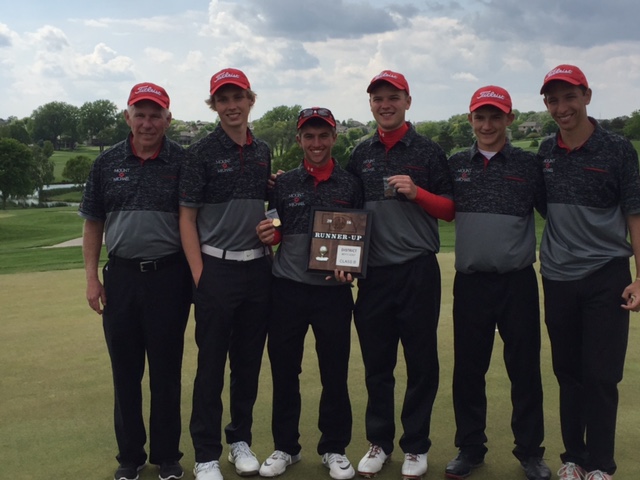 Graduation for the Class of 2016 was celebrated in "The Palace". Fr. Daniel Lenz OSB celebrated the Eucharist and Rev. Bro. August Schaefer OSB gave the homily. After Mass the school validictorian Luke Krajewski spoke. Head of School Dr. David Peters addressed the gather next. Dr. Peters and Abbot Michael Liebl OSB then presented the diplomas to the graduates. A reception was held in the Armory afterwards. 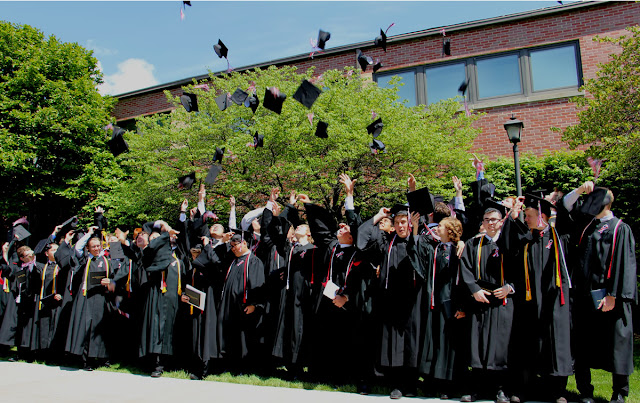 Congratulations to the following Knights who have been recognized by the Nebraska School Activities Association  as Academic All-State Award Winners during the 2015-2016 school year.

The Mount Michael track team has qualified athletes in 8 events for the state meet.

Zach Hytrek is the District Champion in the 1600m run.

The Mount Michael Math Team had great success in their first contest without senior team members.

The Mount Michael Knights defeated the Blair Bears to win the 2016 B-3 District Championship for the third Consecutive year.


The Knights (14-4) will now host Gross Catholic (10-6) in a Substate matchup to qualify for the state tournament.  The game will be play on Nate LaFave Memorial Field at 12:00pm Saturday May 7th.

On April 21st the Knights defeated the Cougars 2-1 in a hard fought battle between evenly matched teams.

The annual Awards Night celebration honored the many accomplishments of The Mount's students throughout the past year.

First up was the presentation of the "Athlete of the Year Award".  This year's award went to Sam Van Haute.   Sam participated in Cross Country, Basketball and Soccer all four of years.  As a senior he was a leader on the state championship cross country team, started on the varsity basketball team is currently the leading scorer on the soccer team.  Sam Van Haute is the son of Bob and Kathy Van Haute of LaVista and attended St. Columbkille grade school.

Six seniors were also recognized as 12 season athletes for participating in a sport every season for all 4 years They are Jacob Bova, Zach Hytrek, Luke Krajewski, Alex Milas and Sam Van Haute.

The Key Staffer Award for Journalism was presented to Thomas D'Aquila. Thomas is the son of  Anthony and Jennifer D'Aquila of Omaha.  Thomas was home schooled before attending Mount Michael.

Two sophomores received special recognition:
Nick Orr was selected for the  Hugh O'Brien (HOBY) Leadership Award and will attend the Leadership Seminar this Summer. Nick is the son of Jim and Sheila Orr of Fremont. Nick attended St. Patrick's School in Elkhorn before attending Mount Michael.

Dash Wedergren was selected as Mount Michael's Exchange Club Sophomore of the Year. Each year the Exchange Club recognizes a sophomore from each area High School for their academic, extracurricular, and volunteer achievements. Dash is the son of Scott and Shelley Wedergren of Elkhorn. Dash attended Elkhorn Ridge Middle School before coming to Mount Michael.

Junior, Joe Coldiron was selected for Boys' State. He will participate in the Cornhusker Boys' State Leadeship Camp in June. Joe is the son of Eric and Emily Coldiron of Omaha. Joe attended St. Vincent de Paul school in Omaha.

The final and most highly coveted  award of the night was the Mount Michael Award which is given to the outstanding senior by vote of the faculty and staff.  This award was presented to Luke Krajewski. Luke is the son of Matthew and Machelle Krajewski of Omaha. Luke attended St. Wenceslaus School in Omaha.

Construction Is Set To Begin

A new construction blog has been created to keep everyone up-to-date on the construction of the DJ Sokol Living For Life Building.  Periodic photos and announcements will be posted as progress is made.  There are even rumors of a Web Cam being set up to view the progress. You can also follow the Construction Blog by email.  A permanent link to the Construction Blog can be found on the school homepage and on the right side of this News Blog.