This year’s fall play is “Don’t Drink the Water, a Broadway hit which takes place inside an American embassy behind the Iron Curtain.  An American tourist, a caterer by trade, and his wife and daughter rush into the embassy two steps ahead of the police who suspect them of spying and picture taking. It's not much of a refuge, for the ambassador is absent and his son, now in charge, has been expelled from a dozen countries and the continent of Africa. Nevertheless, they carefully and frantically plot their escape, and the ambassador's son and the caterer's daughter even have time to fall in love.

Students have been rehearsing since September, under the consultation of Br. Roger Mangels.  The show features several Mount Michael students, some guests from metro area high schools, and even a rabbit named Alice.

The Mount Michael Drama Department is pleased to announce….

Mount Michael Stage (off the gym)


The students of Mount Michael and their families collected 181 coats for the Saint Vincent DePaul annual coat handout. Leading the way was the senior class with 58 coats followed by the sophomores with 49, freshmen with 47 and the juniors with 27.  Good job Knights! Many people will be warm this winter because of your efforts. 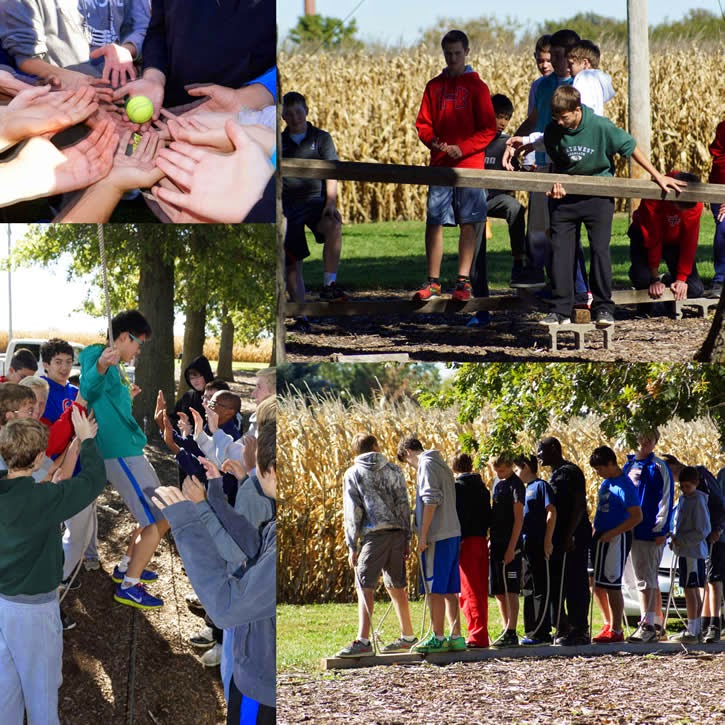 More Photos from the Retreat 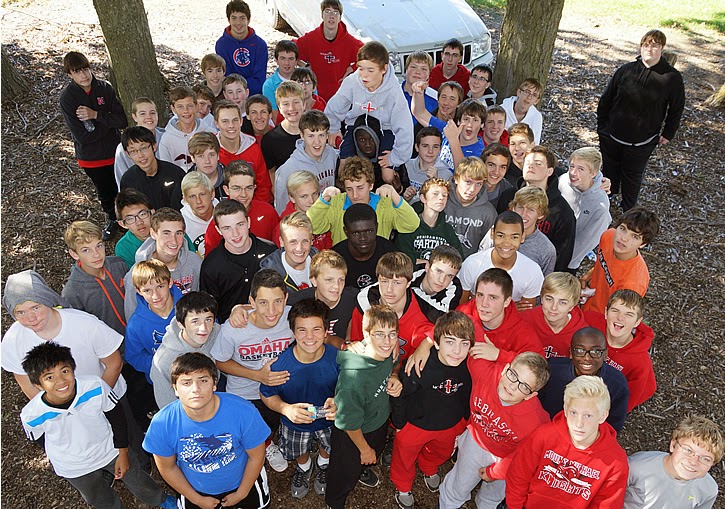 The Mount Michael tennis team put in a good performance at the state meet finishing in 5th place.
Both doubles teams made it to the semi finals with the #2 doubles team of Luke Krajewski & Alex Stoupa finishing in third place.  With only one senior on the state team the Knights are already looking forward to next fall.

Powered by a dominating performance from its defense, the Mount Michael football team traveled to Schuyler and posted a 42-0 victory over the winless Warriors on Friday. The Knights’ stingy defensive effort came just one week after the unit struggled against Bennington.

“We didn't change anything about our defensive scheme,” said senior linebacker Andy Ernst. “The seniors were steady in their leadership roles and several underclassmen stepped up and played well.” 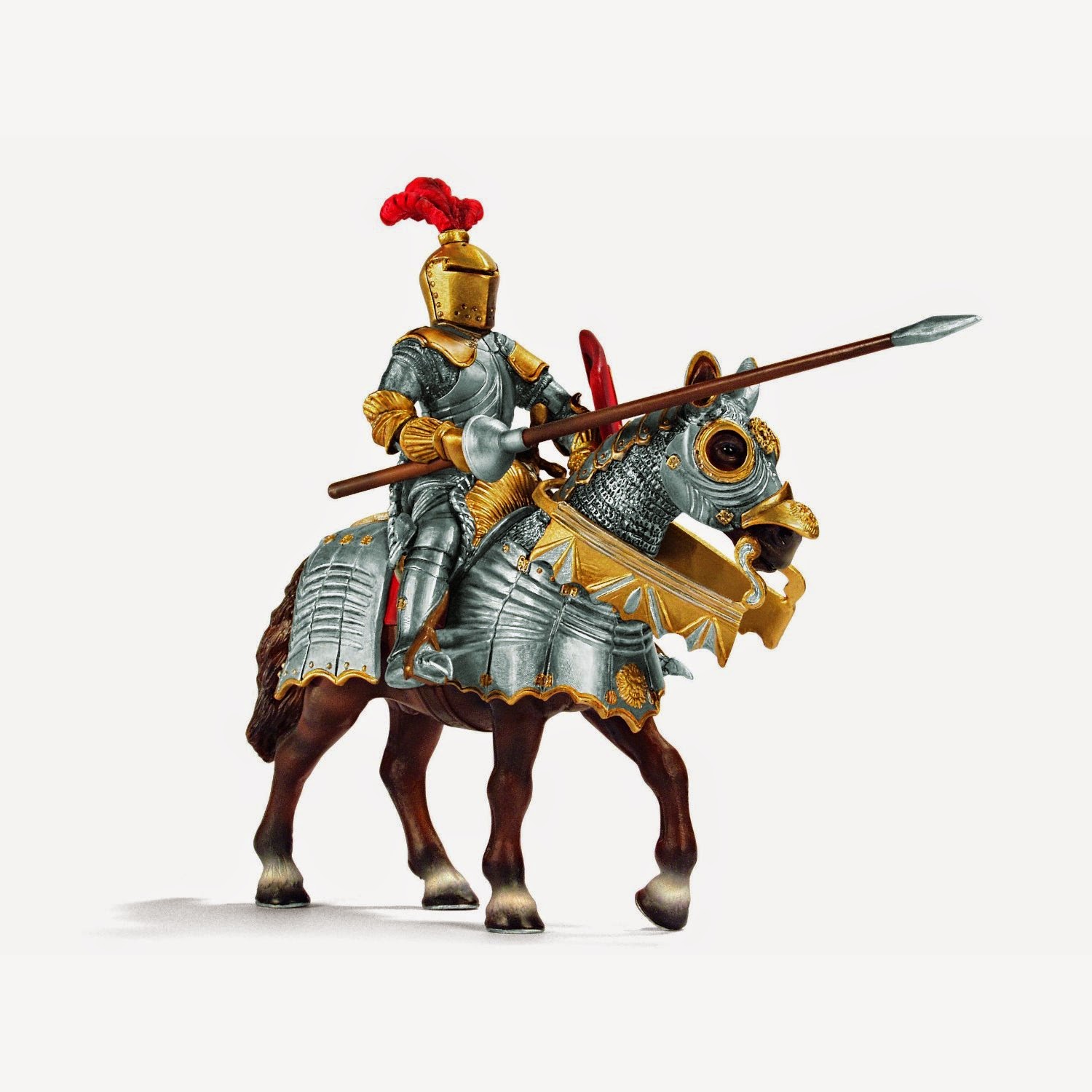 Ernst singled out sophomores Jeff Petry, Ryan Riddle, Drew Goddard and Caiden Groff. Groff led that crew with five tackles and two interceptions. Petry had three tackles, Goddard had two and Ryan Riddle added five, including a jarring hit on Schuyler running back Neff Mejia to cause a fumble.

Schuyler’s best offensive opportunity was snuffed out when Steier dove to block a 48-yard field goal attempt with 7:58 left in the second quarter.

The Knight’s offense got off to a slow start in the first quarter. After Groff picked off a Jesse Westerbuhr pass on the game’s second play, the Knights failed to convert and turned the ball over on downs. After its second drive also ended unsuccessfully, Mount Michael finally got on the board with :51 remaining in the first quarter on a three-yard run by Mumby.

“At the beginning of the game, our offense struggled because several of us weren’t on the same page,” senior quarterback Jake Batenhorst said. “After a couple series, we got into a rhythm and we were able to have a lot of success the rest of the game.”

The Knights’ offense did its damage both on the ground and through the air, finishing with 167 yards rushing and 217 passing. Batenhorst surpassed 4,000 passing yards in his Mount Michael career while connecting on 19 of his 25 throws.

Mumby, a senior running back, ran for 139 yards on 21 carries, including touchdown runs of two, three and five yards. The Mount Michael aerial attack was led by Chris Riddle’s eight catches, 107 yards and a touchdown. Steier added four catches for 50 yards and a touchdown, while Alex Miklas caught four balls for 17 yards.

The victory improved Mount Michael’s record to 4-4 and kept the team’s hopes alive for a playoff berth.
“First and foremost, we need to win against a good Blair football team,” Borer said. “After that, we will need a few other things to fall into place in order to qualify for the playoffs. But none of that matters if we don’t play well and find a way to beat Blair.”

Despite the challenge that lies ahead, the players are excited to be in this position. “We know that Blair has a very good team,” Steier said. “But we also know that if we execute on both sides of the ball, we can compete with any team in the state.”

After taking a 7-0 lead after the first quarter, Mount Michael scored 21 points in the second quarter to build a 28-0 halftime advantage. Second quarter touchdowns included a run by Mumby and catches by Steier and Garrett Raabe.  Raabe’s touchdown was an impressive individual effort as the senior hauled in a pass across the middle of the field and shrugged off three potential tacklers to score for the first time in his Mount Michael career.

The first half’s final touchdown came in unlikely fashion. With only .02 seconds on the clock and the Knights sitting at the Warriors’ 24-yard line, Batenhorst rolled to his right and connected with Steier at the Schuyler 10-yard line. Steier then avoided the first tackler and split two defenders to get into the end zone as time expired.

In the second half, the Mount Michael offense came out ready to play. On the third play of the half, Mumby took a handoff and sprinted 48 yards to the Schuyler 5-yard line. On the very next play, Mumby capped the drive with run off right tackle to put the Knights ahead 35-0 with 10:31 remaining in the third quarter.

Mount Michael’s final touchdown came on a 25-yard pass from Batenhorst to Chris Riddle in the back of the end zone with 8:37 remaining in the third quarter. 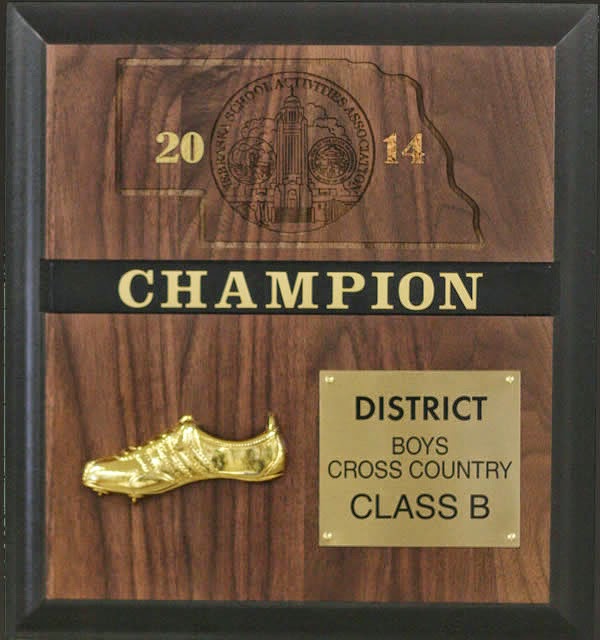 Board Member Named "Physician of the Year"

Dr. Thomas A. McKnight,MD was awarded the 2014 Nebraska Family Physician of the Year by the governor at the State Capital. He is a Mount Michael board member and father of three alumni, Luke '99, Curt '01, Alex '05.

Congratulations to the Mount Michael tennis team on winning the conference championship!

Knights Stumble in Loss to Storm

Elkhorn South traveled to Mount Michael on Friday night and capitalized on eight Knights’ turnovers en route to a 28-14 victory in high school football action. The Storm, who were the beneficiaries of three interceptions and five fumbles, remained unbeaten with the win and improved its record to 6-0.

Although Mount Michael outgained Elkhorn South 360-279 and had nine more first downs than the Storm, the turnovers proved to be too much to overcome. Elkhorn South used five first-half turnovers to build a 21-7 advantage at intermission. “The biggest difference in the game was the number of turnovers we had,” Mount Michael senior linebacker Andy Ernst said. “I think the result would have been different had we not given Elkhorn South so many opportunities.”

Offensively, the Storm were carried by running back Moses Bryant. The speedy freshman raced for 149 yards on 19 rushes. His three touchdowns included an explosive 58-yard sprint in the second quarter. “We came out fired up and played pretty well defensively,” Mount Michael senior Garrett Raabe said. “Although they had a few big runs, we worked well together as a team defensively.”

Elkhorn South quarterback Collin Point completed only six passes, but the aerial game was unnecessary as the Storm finished with 238 yards rushing. Point ran for 74 yards and Brayton Haley added 55 and a touchdown.

“Elkhorn South is a very athletic team with good size,” Mount Michael Coach Jon Borer said. “We knew they had a strong running game and stopping the run has been a challenge for us this season. Aside from a couple big plays, we played good team defense all night.”

The Knights’ ground game featured a 50-yard performance by Batenhorst and 42 yards from Mumby, which included an 11-yard touchdown scamper in the first half.

“We moved the ball consistently throughout the game,” Steier said. “But the turnovers obviously killed us.”

On the defensive side of the ball, Elkhorn South’s Tanner Meyo led the way with 14 tackles. He also had one interception and a fumble recovery. Kohlton Bingham had 12 stops and Garrett Streeks added 10. Grant Nelson, Tyler Johnson and Cole Anderson each chipped in with six tackles. Anderson had two fumble recoveries, while Nelson and Scott Ritter each added one. Cole Butler and Tyler Johnson snagged interceptions for the Storm.

Mount Michael was led defensively by Groff’s 15 tackles. The sophomore’s strong outing included an interception and two fumble recoveries. The Knights benefited from strong performances by Raabe, Mumby and Steier, who combined for 24 tackles. Steier also added a leaping grab for an interception in the fourth quarter.

Mount Michael fell to 1-2 at home this season, but Borer said the home field atmosphere is fantastic on the school’s tree-filled campus. “It is an awesome experience and I love the backyard feel that we have at our home games,” Borer stated. “The fact that we can walk out of our own locker room onto our field makes a big difference to our guys. I am so thankful to everyone who made it possible.”

The Storm will now enter the tough stretch run on its schedule with upcoming games against Elkhorn, Omaha Skutt and Gretna. These three foes have a combined record of 17-1.

Mount Michael, which dropped to 3-3 with the loss, will travel to play 3-3 Bennington next week. The Badgers fell 26-14 to Waverly on Friday night.

Every year students look forward to spending an evening with their grandparents at the Mount. For many it is the first opportunity for the grandparents to see where their grandsons go to school.  The evening began with a formal assembly for which Fr. Richard was the MC.  Talks were also given by Student Council President Harrison Hohman, Head of School Dr. David Peters, Head of Development Kim Volpone and Booster Club President Mr. Bill Miklas.

After the assembly students showed their grandparents around the school and then gathered in the Armory for cookies and drinks.   The evening ended in with the singing of Night Prayer.