The Mount Michael Alumni Association has 37 new members!
This year's graduation ceremony was held in Mount Michael's Palace. It was a wonderful celebration to conclude four years of study and hard work.  Fr. John Hagemann OSB presided at the graduation Mass and Abbot Michael Liebl OSB gave the homily.  Head of School, Dr. David Peters also gave a talk during the ceremony. Jimmy Steier, as Valedictorian, spoke for the Class. 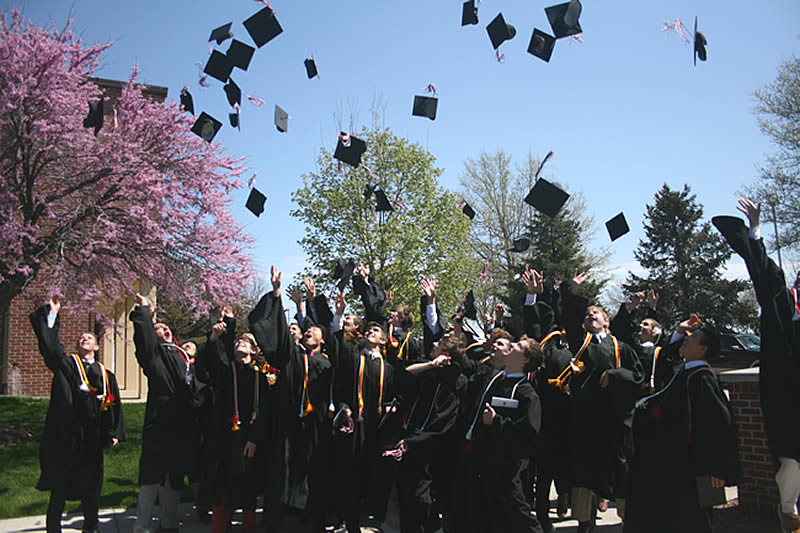 The 37 boys of the Class of 2013 were accepted for admission to 54 colleges in 25 states.  They will be attending 18 colleges in 10 different states; 49% out-of-state and 49% in private colleges.   Fourteen of the boys will continue their education in Nebraska and four each in the states of Kansas, Missouri and California.

89% of the boys have been offered some kind of scholarship and 70% have accepted scholarships to the college they plan to attend in the fall. Since the economic downturn of 2008, net tuition cost is an increasing factor in determining college selection.

Congratulations to the Class of 2013!