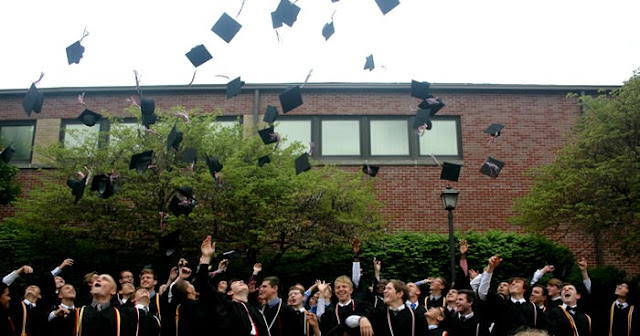 The 56 youngmen of the Class of 2015 will be attending 25 colleges in 14 different states; with 34% going out-of-state and 34% to private colleges. Four young men are going into Military Service; one directly into the U.S. Air Force, two via the U.S. Army’s ROTC Program and one into the NROTC Program with the U.S. Marines.

The Class of 2015 was offered $ 5,252,486 of scholarship money. Sixty-five percent of the boys have been offered some kind of scholarship.  Ten different boys earned Regent’s Scholarships from the state of Nebraska to UNL or UNO. This is the most ever for a class at Mount Michael.

Again as last year, Mount Michael has thirteen boys qualified to be included in the Omaha World Herald’s All Academic Team. This requires a cumulative GPA of 3.5 AND a minimum ACT score of 32. That is 23% of the Class of 2015!