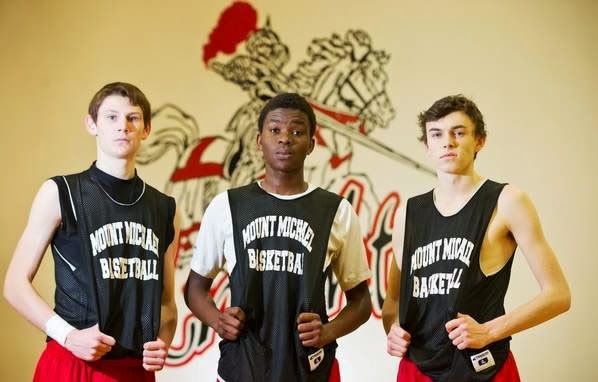 
Tommy Farhart can't seem to get away from basketball.
With Elkhorn Mount Michael 6-3 and ranked eighth in Class B, everyone wants to talk hoops.
“Now that we can win games,” the 6-foot-1 junior guard said, “it's been a lot of fun.”
It's also been wild at Coach Kane Court, 6-3 center Spencer Connors said.
“The students just go crazy,” he said. “Giving us high-fives and stuff. It's just been great.”
Basketball fever has hit the all-boys school, which has doubled its wins from last year's 3-19 season. Seven games have been decided by seven points or less, ratcheting up the intensity.
Read entire article on the Omaha World Herald website