More Photos
I believe we have some young people here.  Have any of you heard of Sesame Street?  I am not Big Bird, Bert nor Ernie, not Miss Piggy, nor the Count nor Kermit nor Oscar the Grouch though I may have been accused of sharing traits of one or another of these characters from the program from time to time.  Tonight we are having an alphabet lesson like Sesame Street.  I have decided that Christmas is a story about the letter m.  Of course M could stand for Michael as in my name, Abbot Michael, or Mount Michael.  M could stand for my favorite candy which the development office will be more than happy to tell you is M&M’s.  For me, the letter M stands for many words which are intimately associated with Christmas.  I think I will give you the words in reverse order, starting from the least important to the most important.  You may decide at the end of this homily to put them in a different order.  But this is the order I prefer.  I will tell you immediately that the m word money does not have a place in my list.  I suspect some misers – another m word – might want to dispute that omission.  But tonight, they are out of luck.  Miserable misers can make up their own manifests if they are so inclined. 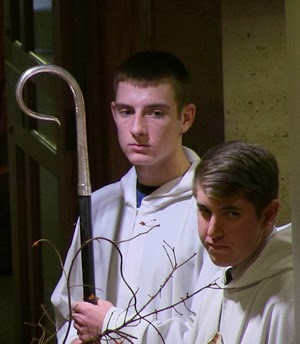 The first M word is majesty.  On Christmas night, the world welcomes the king of kings into our world.  A descendant of King David, heir to the promise that God will protect and preserve his people, ascends to the throne.  Shepherds bow down in awe.  Kings from foreign lands bring their finest gifts.  Angels worship in the heavens, singing glory to God on high.  It is a breathtaking scene of majesty as the divine breaks into a world disrupted by sin and evil, marking the onset of a new beginning of grace.

The next M word is miracle.  On Christmas night, God himself becomes a human being just like one of us.  In the words of the letter to the Hebrews, “In the past God spoke to our ancestors through the prophets at many times and in various ways, 2 but in these last days he has spoken to us through his Son … the Son is the radiance of God’s glory and the exact representation of his being, sustaining all things by his powerful word.  For to which of the angels did God ever say, ‘You are my Son; today I have become your Father’.  The answer to that question is God never said that to any angel, only to a human being.  It is truly a miracle. 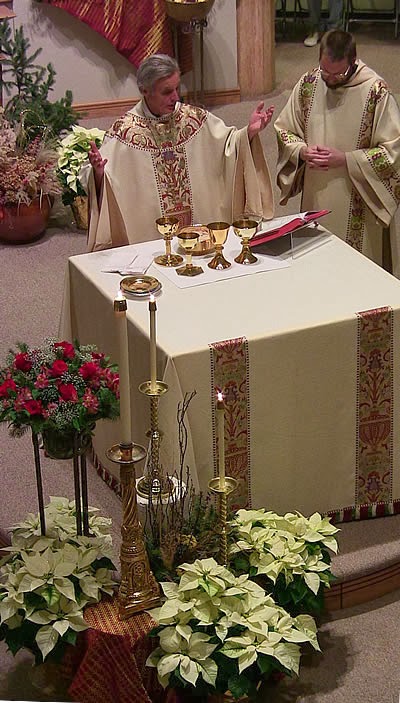 The third M word is mystery.  How can it be that the human and the divine can co-exist in the person of one human being?  Though many elaborate philosophical and theological treatises attempt to explain how the divine and the human can be one, at the end of the day they are all merely a houses of cards, a tower of straw  It is a mystery which we can hardly understand, but for which we should be forever grateful.

The fourth M word is manger.  My literature teacher used to say you need to pay attention to words that occur more than once in a story.  The word manger shows up many times in the story of Jesus’ birth. Jesus shared the majesty of king, but he chose to be born in the humility of a manger.  (For those of us who are Benedictines, this is an important lesson because of the great emphasis that St Benedict places on humility.) Humility means becoming a servant to one another, as Christ himself chose to do.  Remember that on the night before he died, Jesus put on a robe, got down on his knees and washed the feet of his disciples.  That is an example of humility that we cannot hear often enough.  Think of the title the pope gives himself – servant of the servants of God.  The word manger points in the direction of humility.

There are the five M words – majesty, miracle, mystery, manger and magic.  The best gift I could give you is to wish that you never grow too old, too cynical, too jaded to appreciate the magic of Christmas.  Merry Christmas to you all.  More Photos